One of the goals of the guilds has always been to ensure that young workers have access to professional advancement at the end of their apprenticeships. Regular work habits, the acquisition of new techniques and enhanced skills, and the application of basic knowledge to other disciplines are all encouraged. A guild member is always pushed to do better.

Professional improvement today functions in three ways. One way is by working in several companies and in different regions for periods of six months to a year in the course of five, six or even ten years (this is the "Tour de France"). Another is to attend courses given by journeymen or outside trainers either in the trade under study or in other subjects (mathematics, French, foreign languages, etc.) at guild centres in the cities where interested members reside. Finally, parallel to these training programmes, guild members are encouraged to prepare and sit for a variety of professional examinations or certification programmes, including the Brevet professionnel (Professional Certification), the Brevet de maîtrise (Master's Certification) and the Baccalauréat professionnel (Technical School Diploma).

Apprenticeships lasted for lengthy periods (four to six years) until the mid 19th century. Young men who wished to perfect mastery of their trade were therefore already provided with a solid basis. Passage from one workshop or worksite to another enabled them to acquire new skills and to learn new procedures, but development of their knowledge depended largely on their willingness to learn on their own. Meanwhile, in construction work, the future journeymen and young recruits also learned the Trait (Sketch) - the technique of designing three-dimensionally in stone, frameworking or joinery.

This complex discipline was taught by experienced journeymen in schools which were open from autumn to spring, periods when construction sites stopped work early in the day owing to lack of light. Working under the supervision of their teachers, young apprentices spent several years learning the art of "stereotomy", sketching on stone in order to cut intricate patterns, or the art of "sketching" architectural frameworks or joinery, analogous to descriptive geometry.

The most famous of such schools was that run by Pierre-Francois Guillon, a journeymen construction carpenter du Devoir de Liberté, which was open in Romanèche-Thorins (Saône-et-Loire) from 1871 to 1923, and is now the Musée Departmental du Compagnonnage (County Guild Museum).

From the end of the 19th century, journeymen began to show an interest in the training of apprentices, something to which they had paid little attention before then. They opened "Apprentice Protection Societies" (at Tours, Lyons, Villeneuve-sur-Lot and elsewhere) to help apprentices find good teachers. They also created professional-training classes specifically for apprentices, precursors of today's CFAs (professional-training centres). 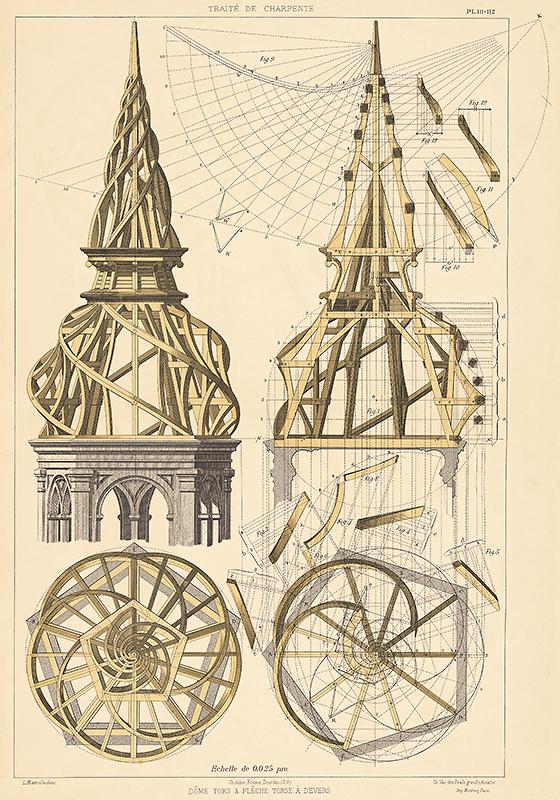 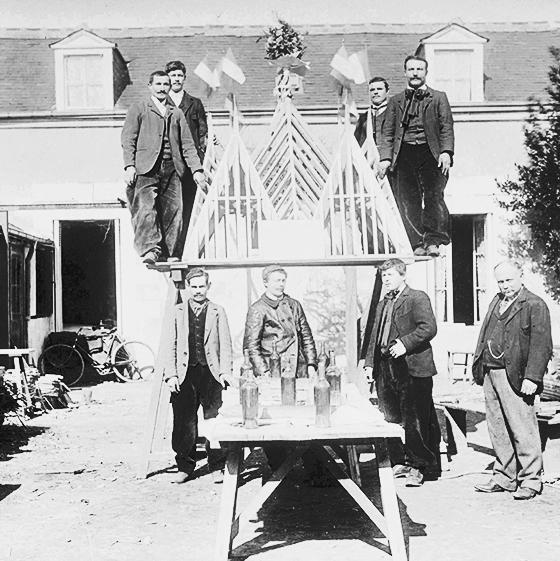 School of the Companion House Carpenters of Tours, 1905-1906