Associations of men of various trades

What does the term Compagnonnage actually mean? It refers to an ensemble of associations – “societies”, as their members called them – made up of men involved in the same trade. Not all trades or professions were represented, however; until the end of the 19th century, there existed some thirty guilds and approximately as many trades, each of which was organised with its own rules, known as Devoirs (“Duties”), its own particular customs, specific vocabulary, rites and symbols, attributes, etc. Even though different guilds had many points in common, each had a strong sense of its own identity.

Other trades swelled the ranks of the guilds during the 20th century, without filling the void left by trades which had disappeared with the advent of industrialisation.

This explains the appearance of guild members who worked as pastry-cooks, masons, landscapers, cooks and in a wide range of other trades. 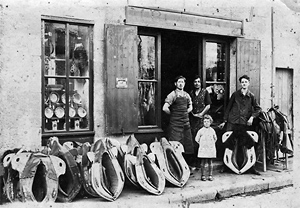 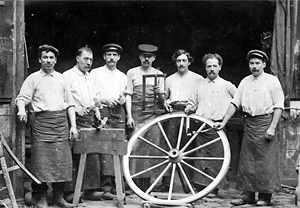 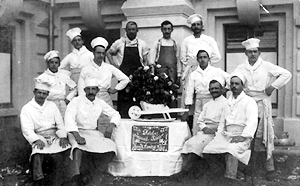 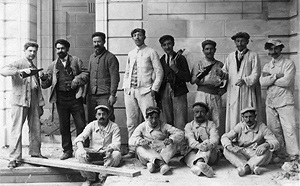