To become a Compagnon one has to earn the title along with the recognition of one's peers. This presupposes demonstrable competence within a particular trade. A candidate must therefore prove himself by creating a "masterpiece", an example of his best work.

Although the word "model" has come into use over the past few years, it fails to reflect the exact nature of the work. For the future guild member must construct an item of variable dimensions, and which is not necessarily a reduced-scale model of a utilitarian item. A joiner's masterpiece, for example, might entail construction of a model of a staircase varying in height from a few dozen centimetres to one or two metres.

Moreover, the young worker would be expected to thereby prove his mastery of cutting and assembly techniques, endowing the staircase with such a complicated shape that it could not possibly be built to actual size.

Some years ago, a young shoemaker made four shoes of differing styles sewn onto a single sole; the result was a technically perfect, aesthetic and original object, but one obviously not adaptable to practical use. Sometimes a masterpiece consists of making a life-sized object to be incorporated into the journeyman's residence (a door, part of a roof, or a dressed stone floor, perhaps). The masterpieces created by bakers, pastry cooks and cooks are also of this kind; they must respect the rules of cookery, be beautiful and appetizing to look at, bear witness to the mastery of mixing ingredients-and, as they will eventually be eaten, they must also be tasty.

The ultimate goal of a masterpiece is always the same: to prove that one really knows one's trade. The future guild member is examined by other members, who judge the submitted work according to the strict criteria associated with being a compagnon. The test precedes the ceremonies of adoption and reception.

While there are several categories of masterpieces, what they all have in common is a quality of uniqueness, remarkableness and successful accomplishment. The masterpiece (or reception work) precedes admission to the rank of Compagnon, while that of adoption precedes the rank of Aspirant. So-called "challenge" masterpieces, created as competition entries, are a thing of the past. It used to be the custom, however, for two associations within the same profession but with different origins to organise competitions as a means of ensuring the monopoly of employment opportunities in a particular city. One or more journeymen selected by each society had to create a masterpiece which was as perfect as possible.

Masterpieces were also created simply as a sort of pastime, for the sheer pleasure of overcoming difficulties. Others, in the 19th century, aimed to affirm the value of the guild in a particular city; they were put on display during professional exhibitions and paraded through the city streets during patron saint's festivals (carpentering, roofing, wheelwrighting, and joining). Some masterpieces were made to thank benefactors, while others were designed to qualify for the title of "Best Worker in France". 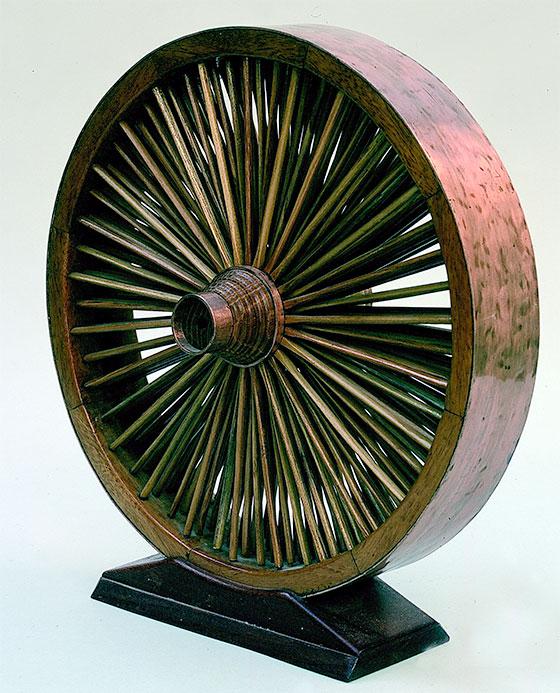 Wheel with multiple spokes, masterpiece by a Companion Wheelwright 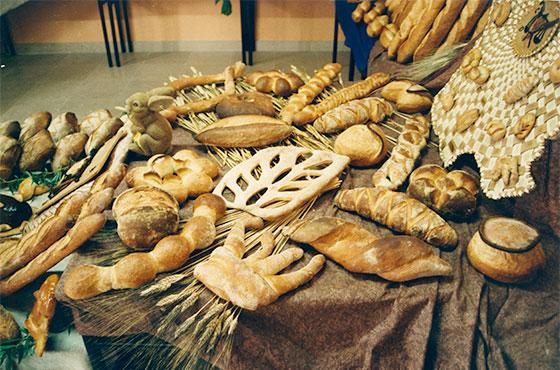 Masterpiece by a Companion Baker, 1995 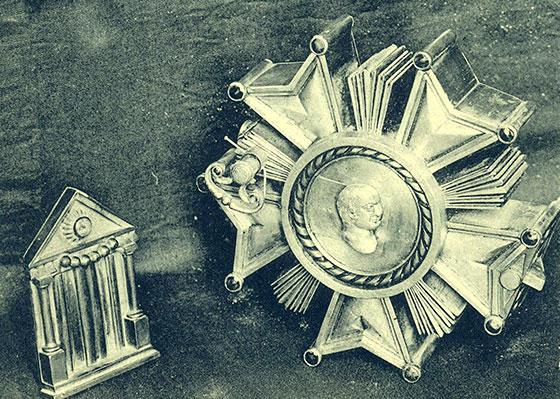 The lock of Marseilles, masterpiece by Ange le Dauphiné (1809), postcard