Ensuring professional improvement of its members is not the only goal of the guilds; it also seeks to educate them. In the past, the “Règles” and “Devoirs” – the regulations posted in the inns and taverns where journeymen met – were composed of numerous articles designed to ensure the cohesion of the group and promote moral values among its members.

Under the threat of fines payable to the “Tin” (the communal fund) in the form of bottles of wine, it was forbidden to quarrel, to speak ill of other members, to behave badly, to show disrespect to the “Father” or “Mother” (the innkeepers), to damage the furniture, to keep one’s hat on after entering, to appear in dirty clothes or work clothes, to swear, to spit, to sing vulgar songs, etc., etc. All such regulations were intended to turn young guild members into honest and educated men, worthy of their workshops and of society as a whole.

These rules of politeness and governing communal life are still maintained today, even if current regulations seem less constraining and transgressions are no longer systematically punished by fines. Living up to the code of morality, respect, honesty, loyalty, candour and self-control, and to the virtues of perseverance and effort-making, continues to be an essential part of life in the guilds of today. 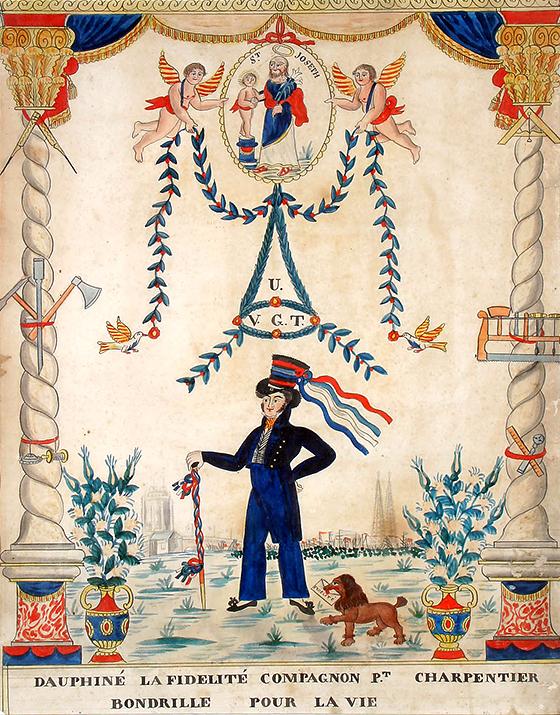