In the 19th century, the guild system was faced with the rise of the industry, a drop in numbers of members, and strove to become a more united movement.
Guilds continue to be prohibited under the Empire, but, as the authorities have no real power to prevent them from existing, they content themselves with keeping a close eye on their doings and putting a stop to their “coalitions” (strikes and blacklistings). Brawling between rival societies reaches new heights.

In the early 19th century, the guilds are seen as the only real associations for protection of workers, and numbers of trades set about organising themselves along the same lines. Such is the case with shoemakers (1808), clog-makers (1809) and bakers (1811). They are rejected by other du Devoir guilds. There are scissions in the du Devoir ranks, among the butchers, shoemakers, construction carpenters and coopers. The newly founded societies join the Devoir de Liberté. Such squabbles and scissions gradually weaken the guilds.

As the century progresses, the Industrial Revolution and introduction of machinery serve to reduce numbers in many trades, especially in the textile sector (dyers, cloth-makers, cloth shearers, and milliners), but also among tanners, tawers and chamois dressers, casters, cutlers, and others.

The “tour of France”, which had fallen into disarray under the Revolution, includes fewer towns on its itinerary. Innovations with regard to ritual appear in most societies – many borrowed from Freemasonry, whose prestige, rites, and symbols guild members find irresistible.

During the second half of the 19th century, the guilds go into decline, with many workers preferring to affiliate themselves with other societies offering them the same help but which are less “mysterious”, restricting and quarrelsome – the mutual aid societies and, after 1864, trade associations.

Numbers of guild members try to ease the tensions between du Devoir and du Devoir de Liberté guilds, well aware that their ongoing squabbling is weakening them. The best known of these is a du Devoir de Liberté carpenter named Agricol Perdiguier, known as Avignonnais la Vertu (1805-1875). He publishes the Livre du Compagnonnage in 1839 and his Mémoires in 1855.

The guilds – which had previously been composed only of young journeymen – gradually begin to call upon former members, now settled down, married and well established in business, to direct them. These older men form parallel movements resembling the Compagnons du Devoir and du Devoir de Liberté.

Between 1860 and 1889, societies of reunited former guild members spring up. They federate, meet together in conference, and organise themselves into a Fédération Compagnonnique de Tous les Devoirs Réunis (“Guild Federation of all Duties United”) and then into a Union Compagnonnique (1889). This progressive reform movement is organised by Lucien Blanc, a saddler and harness-maker guild member known as Provençal le Résolu (1823-1909).

The Union does not, however, succeed in bringing all the guilds together. Some of them refuse to give up their independence and band together under the aegis of the Ralliement des compagnons restés fidèles au Devoir (rallying of guild members remaining loyal to Duty).

More peaceful these days (open brawling becomes rare after 1850), guild members are also less trouble to their employers. Henceforth a minority in the world of work, and members of societies made up of young employees and their employers, they seldom organise strikes or blacklists after 1880, and only take part as individuals in action sparked off by the unions. 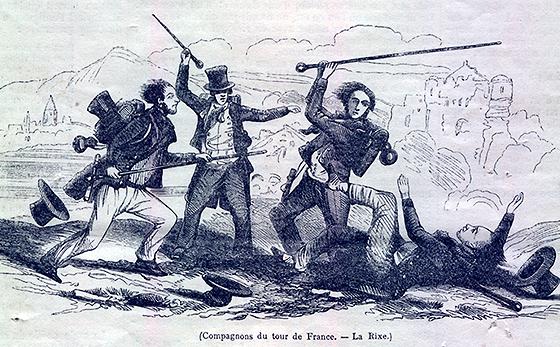 Leading out of Tours’ companion shoemakers in 1850 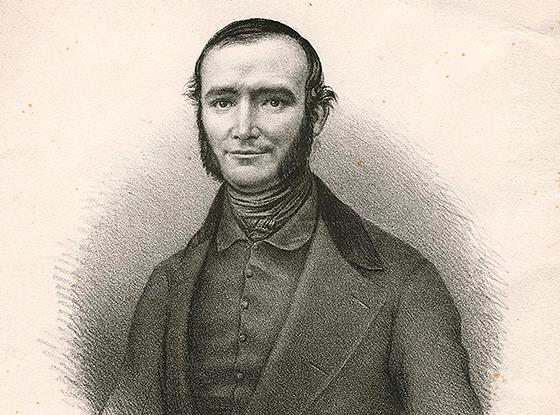 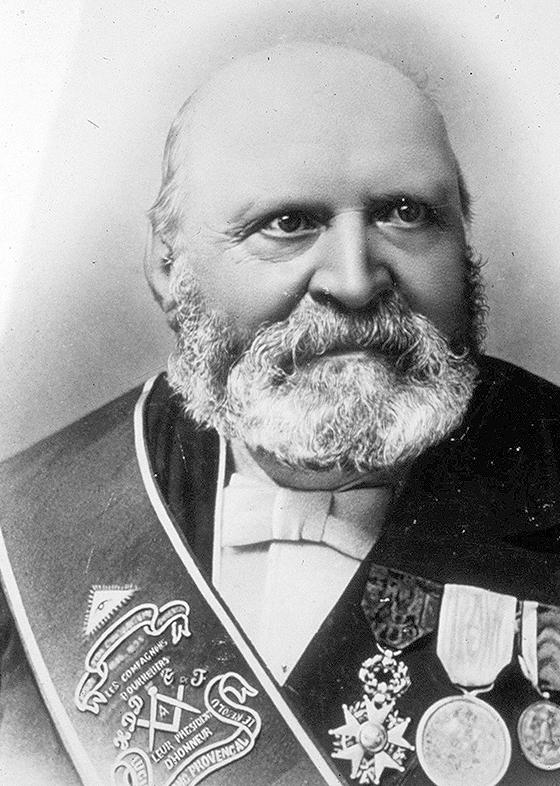