History of the Museum

The Musée du Compagnonnage opened its doors to the public on Easter Day 1968. We owe its existence to the perseverance of Roger Lecotté (1899-1991), curator of the Bibliothèque Nationale and a specialist in folklore and trade guilds. Beginning his campaign in 1951, he strove to convince guild movements of the necessity of conserving their heritage and presenting it to the public at large.

Tours seemed to be the best place to locate the new museum, taking into account the existence of a previous museum in the city. After lengthy discussion, the Association Ouvrière des Compagnons du Devoir, the Fédération Compagnonnique des Métiers du Bâtiment, the Union Compagnonnique and the Alliance Compagnonnique Tourangelle agreed to deposit their finest masterpieces, paintings, documents, canes and other items, in the former dormitory of the Abbey of Saint-Julien. The city of Tours, of which Jean Royer was then mayor, undertook responsibility for the upkeep of the premises and for staffing them. This municipal museum now bears the “Musée de France” label, and receives some 50,000 visitors a year.

The present Musée du Compagnonnage is in some ways a continuation of an earlier “Musée Compagnonnique” (craft guild museum) that had been inaugurated in September 1911. There were large numbers of compagnons (guild members) in Tours in the early 20th century, and they had formed an Alliance Compagnonnique in order to be able to present a united voice to the city authorities. The Alliance set up training courses for apprentices, which were organised by an “apprentice protection society”. At the same time, it became increasingly aware that it should put the masterpieces of its various corporations on exhibit to the public, the aim being to show that trade guilds were still alive and well despite the criticism they were receiving, particularly on the part of workers’ unions.

On 24 September 1911, during a major assembly of guild members from throughout France, the Société Protectrice des Apprentis was inaugurated. Its headquarters were located at the Café-restaurant Breton, which was kept by Legeay, a member of the coopers’ guild. Courses were held at local council premises in rue Littré.

The Musée Compagnonnique was inaugurated on the same day. It was housed in the Musée des Beaux-Arts, which was then located in Place Anatole-France. The masterpieces and memorabilia of the Compagnons du Devoir and the Charpentiers du Devoir de Liberté were put on display side by side. Those of the Union Compagnonnique, however, were not shown.

In 1922, Tours’ Musée des Beaux-Arts was rehoused in the former Archbishop’s Palace near the cathedral, and the Musée Compagnonnique was transferred there along with it. This move on the part of the two museums prevented their collections from being destroyed in 1940 along with those of the Musée d’Histoire Naturelle and the library during the bombing of Pont Wilson, which stood just nearby. The Musée Compagnonnique remained on the Musée des Beaux-Arts premises until the 1950s, and was widely visited by guild members and their families. After 1945, France’s guilds began to piece themselves back together again, and the old tensions started to reappear. Henceforth, the various du Devoir and du Devoir de Liberté societies came together under the banner of two major movements – the Association Ouvrière des Compagnons du Devoir and the Fédération Compagnonnique des Métiers du Bâtiment. As for the Union Compagnonnique, it remained faithful to its origins. The Association (founded in 1941) and the Federation (founded in 1952) maintained somewhat strained relations, and gradually the masterpieces and other items deposited at the Musée Compagnonnique were retrieved by the associations that owned them, who set up their own exhibition facilities.

In 1951, while all this was going on in Tours, Roger Lecotté and Georges-Henri Rivière organised a major trade-guild exhibition at the Musée National des Arts et Traditions Populaires in Paris, with some remarkable pieces on display. A few months later, when exhibits had to be returned to the private individuals, associations and museums that had lent them out, Roger Lecotté raised the idea of a permanent exhibition, a Musée du Compagnonnage on a national scale. He suggested the Musée de l’Alliance Compagnonnique in Tours as a starting point.

It took him seventeen years to persuade Tours’ city council, the three craft-guild associations and the Alliance to work together. Allying the Association Ouvrière with the Fédération Compagnonnique was no easy matter in the 1960s, and bringing in the Union Compagnonnique was next to impossible. Nonetheless, an agreement for deposition of works was finally signed with the city of Tours and a consultative committee was set up composed of city councillors and craft-guild representatives.

The Musée du Compagnonnage was housed in the former dormitory of the monks of the Benedictine Abbey of Saint-Julien, with access via the courtyard rather than via rue Nationale. It was inaugurated on Easter Day 1968 but was closed on the following 11 November, remaining so for several years until installation of heating made it possible to open the museum to the public on a permanent basis. Work was rapidly undertaken to enable access from rue Nationale, with provision of a walkway and the addition of a wing adjoining the only Romanesque wall remaining of the monastery’s hospitalité (reception area). The completed work was adorned with stained-glass windows depicting the three founders of the craft guilds, created by glaziers’ guild member Pierre Petit, and was inaugurated in 1975.

The museum enjoyed immediate success. In its first year, during eight months of opening, 5700 visitors came to acquaint themselves with the many different facets of the trade guilds and their history. Visits reached a peak in 1984, with some 66,000 visitors, before stabilising over the next dozen years to around 50,000 people a year.

Roger Lecotté accepted the post of museum curator, having just retired from the Bibliothèque Nationale, where he had been in charge of its Masonic collection. Working for little money, he spent twenty-three years welcoming countless numbers of visitors, including historians, researchers, politicians, writers and artists. He did everything in his power to add to the museum collections, persuading owners of craft-guild memorabilia to donate or lend their possessions to the museum, so rescuing a host of treasures from oblivion.

He died in 1991. Two years later, Laurent Bastard took up the reins and continued the work of enriching the museum’s collections. Organisation began of activities for young visitors – educational workshops, games, and activities during school holidays.

The museum held its first series of lectures in 1998, to mark its thirtieth anniversary. Since then, over sixty presentations have been given on the history of craft guilds, social history, and technical history. Theme-based guided tours are also organised and, last but not least, exhibitions are held every summer beneath the vaulted roof of the chapter house. 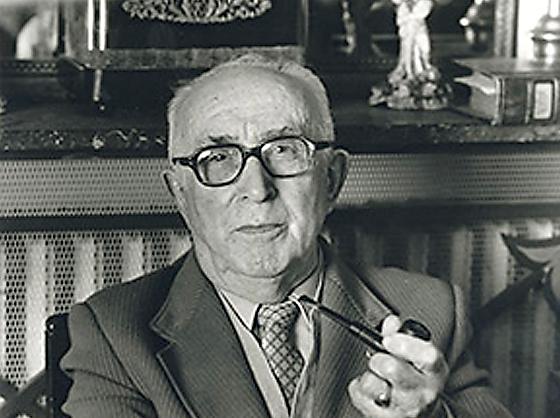 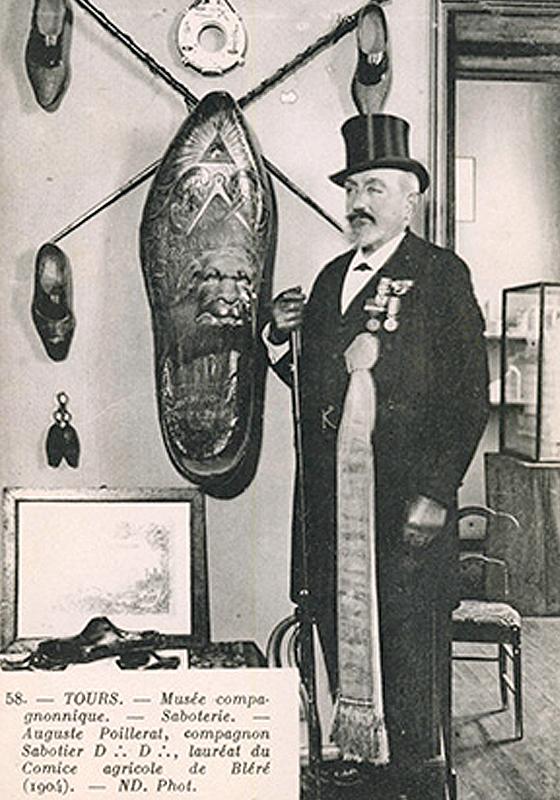 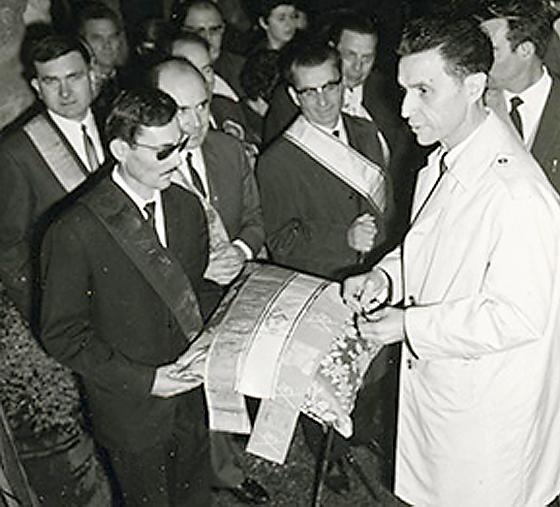 Hading over the colours to the Mayor of Tours, Easter 1968 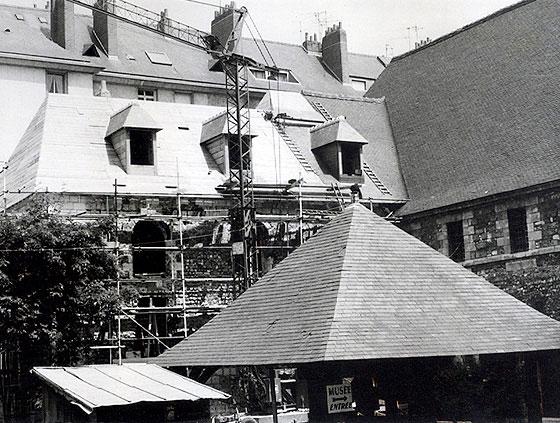 Extension of the museum’s west wing, 1975 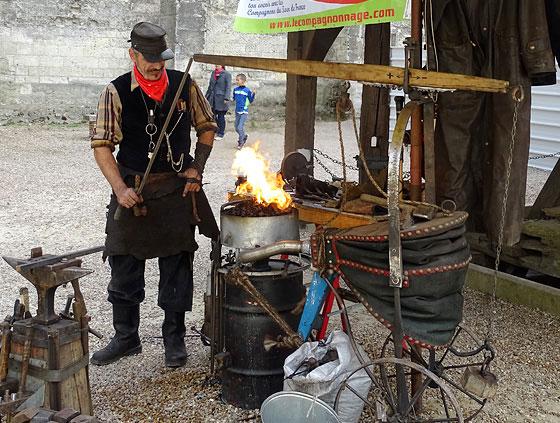 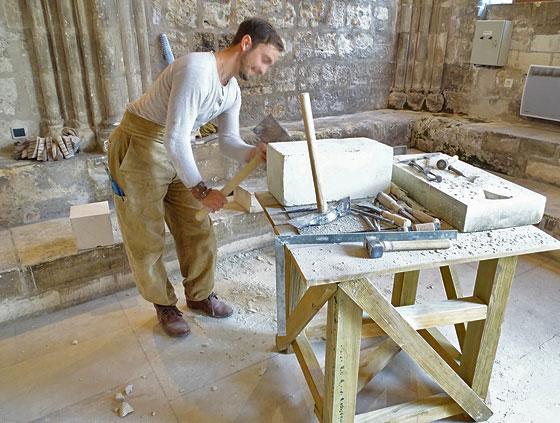 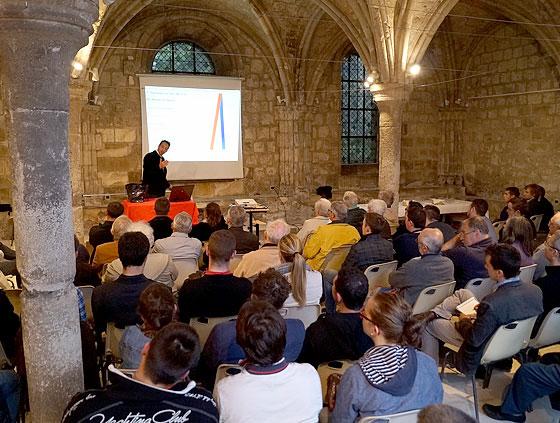 Lecture in the capitulary room 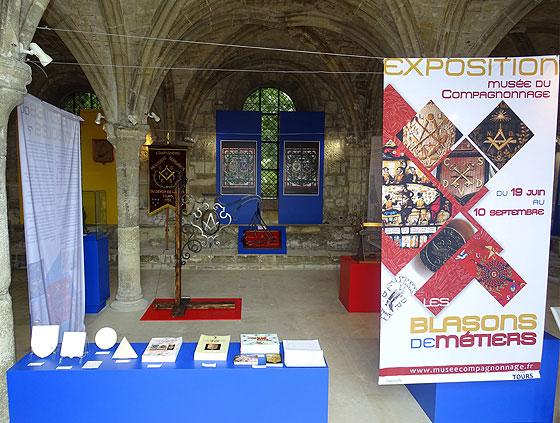