The 20th century saw major reorganisation of the guild system.
Up until 1914, guild members attempt to curb the fall in their numbers by setting up “apprentice protection societies”, responsible for negotiating contracts with companies where apprentices would receive sound training. They also organise professional training courses in a number of cities. There is also reconciliation between the Compagnons du Devoir, the Union Compagnonnique and the Charpentiers du Devoir de Liberté.

The Great War wreaks havoc among the guilds. Many guild members and young Aspirants lose their lives during the four years of warfare, and numbers of cayennes (meeting places for guild members) and associations disappear altogether for want of members and resources.

Between the two wars, the guilds reorganise themselves into regional federations. Their societies join up with two new movements - the Fédération Générale du Compagnonnage, founded in 1919 at the instigation of blacksmith compagnon Ernest Boyer, Tourangeau le Bien Aimé, (1875-1952) and the Confédération Salomon-Jacques-Soubise, set up in 1929 with another blacksmith, Abel Boyer, Périgord Cœur Loyal (1882-1959) at its head.

The Compagnons Menuisiers et Serruriers du Devoir de Liberté separate from the Union Compagnonnique, of which they had been members, and rise to new heights thanks to Pierre Louis, known as Limousin Cœur fidèle (1906-1986).

World War II and the Occupation see guild members in fear of being caught up in the French State’s repressive measures against Freemasonry. In 1940, a stonecutter by the name of Jean Bernard, known as La Fidélité d’Argenteuil (1908-1994), presents himself to Marshal Pétain and manages to convince him that the Compagnonnage du Devoir is not a Masonic organisation. With the support of the French State, he sets up the Association Ouvrière des Compagnons du Devoir in 1941. The Association makes major modifications to rites (including the Great Common Rule, introduction of adoption while at Aspirant level, and common “Mothers” for all trade associations) and institutes a new territorial form of organisation (in provinces and provostships). Soon afterwards, it is recognised as being of public utility and receives grants to found its first centre in Lyons.

Following Liberation, the Association Ouvrière does not succeed in bringing all the guilds together. The Union Compagnonnique does not join, while the Compagnons Charpentiers du Devoir and du Devoir de Liberté merge in November 1945 and do not become members of Bernard’s movement either. The Menuisiers et Serruriers Gavots also keep their distance. The reforms carried out by the Association Ouvrière, and above all its beginnings under the favourable eye of the Vichy regime, are not acceptable to the guilds.

In 1952, the Charpentiers des Devoirs, the Gavots and a number of other guilds join forces to found the Fédération Compagnonnique des Métiers du Bâtiment in Tours.

During the second half of the 20th century, the Association, the Federation and the Union set up centres in many French towns outside regions traditionally frequented by guild members, including in Normandy, Brittany, eastern and northern France, and Pays Basque. Centres are also created in Belgium, Switzerland, Germany, England and elsewhere – the “tour of France” becomes a “tour of Europe”!

Recognised as professional training bodies and supported by the public authorities, guild associations have founded apprentice training centres and also organise courses for anyone wishing to improve their mastery of their trade. The centres set up by such movements now enable reception under one roof of young apprentices and guild members from a wide range of trades and professions.

In 2004, the Association Ouvrière des Compagnons du Devoir adopted mixed membership, and the first woman (a stonecutter) was inducted in 2006.

Over the last thirty years, the Association, the Federation and the Union have still been prey to in-house fighting followed by scissions leading to the creation of a number of small-scale associations of stonecutters, roofers, or combined trades.

Today, the number of “fully paid-up” members of the Association, the Federation and the Union is estimated as between 10 and 12,000. 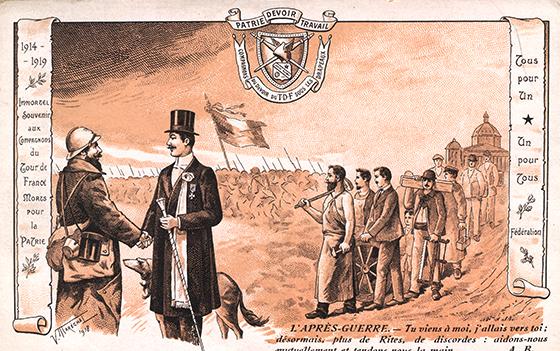 The Companions close ranks after the Great War 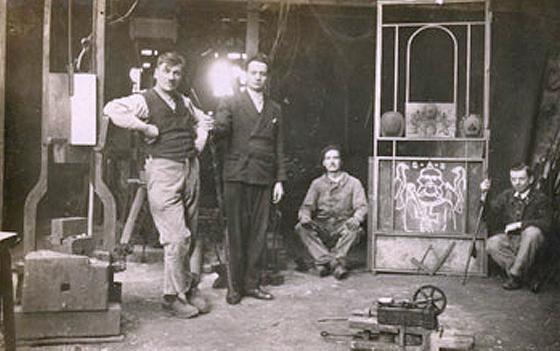 Abel Boyer in his Asnières workshop in 1932 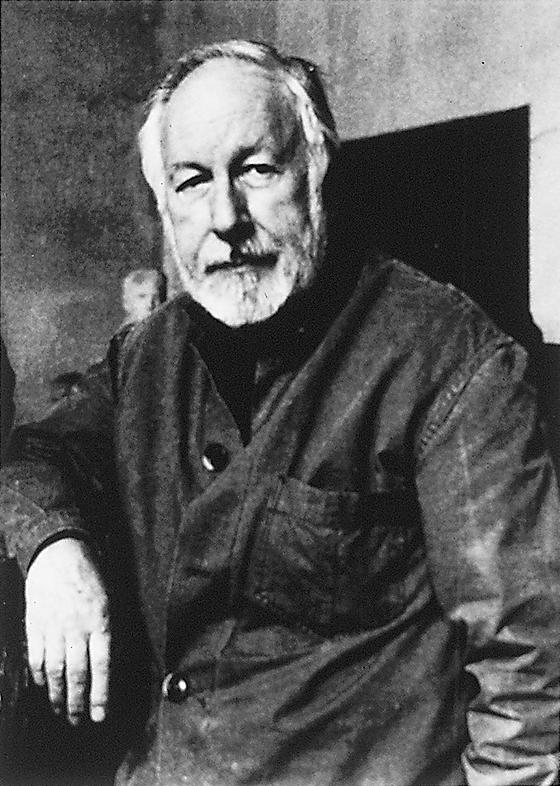 Amalgamation of companion house carpenters in 1945 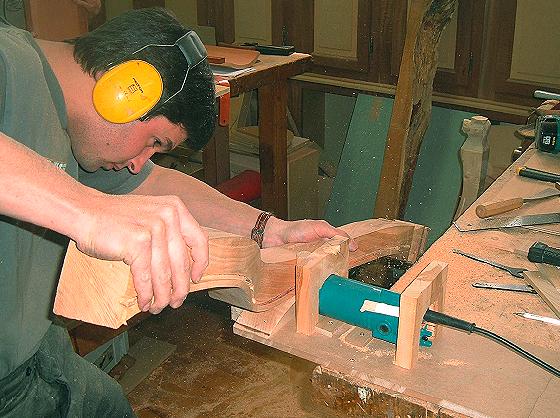 A young carpenter training with the Limoges Companions