Throughout most of their history, the guilds consisted only of trades performed by men. The physical strength required (in such trades as construction work, tanning, and baking), the risk factors involved in the Tour de France, and the overall socio-cultural environment made the admission of young women inconceivable.

Partial mechanisation of trades, greater security involving travel and changing attitudes, however, led at least some guilds to envisage a change from a male society to a mixed one. In 2004, the Association Ouvrière des Compagnons du Devoir (Workers’ Association of the Companions of Duty) adopted such a reform. The first woman was admitted in 2006 (as a stonecutter) and since then other trades (weavers, joiners, bakers, landscape gardeners, etc.) have followed suit. Dissident guild movements have practised mixed membership since 1978. 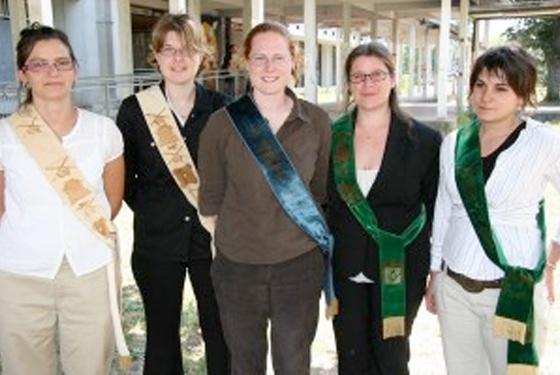